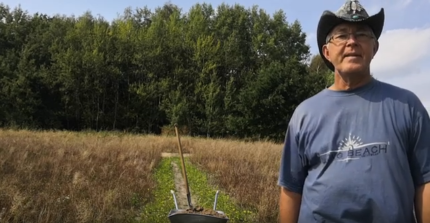 thanks for considering a participation in the project. Please find below a first draft how a hypothetical budget of one trillion (= 1000 bn) would be splitted to meet the requirements of the first project phase which objective is taking high-resolution 3D images of about one million asteroids (also called minor planets) in a time frame of about 30 years (2020 to 2050).

The high level structure splits the project in a preparation and in an operation phase:

There will be five teams working in parallel during the preparation phase. Those teams will have different percentages of female and male members. The idea is to have different core competences developed in each team over time while starting with the same general goal:

The main tasks for each team are as follows:

Task-1 will require building multiple observatories by each team. The locations will be selected for good seeing conditions in order to take digital images of the moving asteroids' light points on the star background during the decades of project run. A major effort will be software development that implements a multilingual communication network for having all operators in the observatories collaborate seamlessly for getting high precision data of the asteroids' orbits around our Sun during task-1 as well as for all project members for subsequent tasks.

Task-2 encompasses a review of available physical principles for fast space travel in our solar system. Each team will select one favorable method for developing a practical technology. Basically, all considered methods need to decouple a spacecraft on quantum level for example from surrounding electromagnetic as well as gravitational impact that is known from conventional physical laws. All information about chosen direction of research and development as well as experimental results will be published regularly at least every three months in order to maintain a synergy between the teams and to let interested observers know about the progress in the project.

Task-3 aims at implementing chosen method and physical principles for developing and building intended spacecraft. The main challenge will be material science to get multi-functional materials that can be programmed for decoupling the volume of a spacecraft from surrounding environment and for accellerating the spaceship at arbitrary high velocity against our terrestrial frame. Additionally, an instant communication needs to be developed for information exchange between Earth and the crews during operation phase.

There will be about one thousand crews of about five crew members who will travel to the asteroids' locations for taking high-resolution 3D images. The costs of 500 m for each crew will be splitted as follows:

Item-1 aims at replicating one of previously developed spaceship designs which will serve a crew of about five members for travelling our solar system during an about 10 years operation phase of the project. Those spaceships will be further used when it comes to rebuilding the planet that the asteroids constituted before the planet's destruction.

Item-2 encompasses the costs for supplying the spaceship with the needed equipment for taking high-resolution 3D images from an asteroid as well as for maintaining a good state of that spaceship during a ten years operation time. Those costs as well encompass payments for ground services and service stations.

Item-3 referes to all expenses related to staff members in all roles in the project. Besides payroll this encompasses all services and opportunities that the project offers to employees like health care, recreation, education, space travel for fun inside our solar system and others.

Hopefully, this first draft of a hypothetical financial budget may help to get a feeling what the Asteroids project is aiming for and what detail activities will be needed when looking at the project from top view.

Please feel free to contribute with more ideas, preferably by a telepathic communication.

Thanks and kind regards,